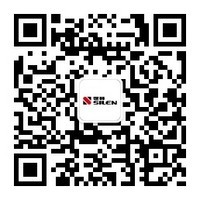 In 2017, the company increased its technological innovation and management innovation to achieve a breakthrough of 3 hundred million of total output value.

In 2016, the digital air-cooled gasoline saws were identified as "made in Zhejiang".

In 2015, the national standard for the development of portable handheld mechanical noise and mechanical vibration detection methods was approved.

In 2012, the company's new production base broke ground in the flower street industrial area.

In 2011, the company's domestic sales began to advance, and sales continued to rise substantially.

In 2010, it was renamed Zhejiang Yu Sen Bailian Tools Co., Ltd. The group has established an authoritative research and development team and has become one of the main drafting units of the national forestry and garden machinery standards committee.

In 2007, the factory moved to Xiali River, renamed Yongkang Yu Sen Garden Machinery Co., Ltd. Began to open up the domestic market and set up the Ministry of foreign trade.

In 2006, it began to assemble electric chain saws. In the same year, it began to produce gasoline chain saws from moulds, and set up Yongkang Woon garden machinery factory.